Bulletproof Window Film for Your Home?

“I’m interested in Bulletproof window film.”, said the caller. We get this type of call a lot these days. These are uncertain times and people want to protect themselves.

The thing is though, there is no such thing as bulletproof window film. No film on the market today will protect you against bullets when applied to your existing home glass.  Anyone who claims to be able to achieve this is lying to you. It can’t be done, a point the major window film manufacturers point out continuously.

But there is a caveat, a way you can make your windows bullet-resistant using window film. It’s called the C-Bond Bullet Resistant Film system.

The keyword is “System.” It’s not just a window film. There are three components that work together to give you bullet resistance, or what most people call “Bulletproof”. This window film system uses window film in combination with the glass to provide a proven and tested bullet resistant system.

There is only one proven and tested bullet-resistant window film system on the market today, the C-Bond BRS Ballistic Resistant Film System. It is comprised of three components:

1. Multiple layers of a proprietary security film
2. The C-Bond carbon nanotube technology-based mounting solution
3. Annealed Glass of varying thickness, depending on the level of protection

This system has been tested and validated to pass the National Institute of Justice (NIJ Level I, Level II, Level IIA) and United Laboratories (UL 752) ballistic resistance test standards. This is important because testing matters. It’s testing done in a real lab in accordance with accepted standards that matter. Not something you see on the Internet.

If you can’t get a test certificate showing a particular product meets an approved protection standard the system probably doesn’t perform like you think it will.

Bullet Protection for your Home

In this time of uncertainty, people want bulletproof protection for their homes and cars. We all want to feel protected ion our homes. With all the shootings we hear about on the news wouldn’t it be a good idea to have bullet-resistant windows, especially the ones facing the street? 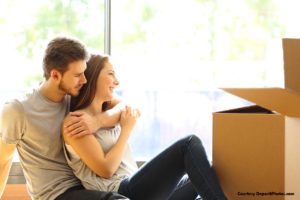 It’s not that easy. It’s certainly not as easy as Googling, “Window Tinting near me” and having the local window tinting guy slap some film on your windows. It takes some consideration, some changes and a bit of an investment to build ballistic protection into your home.

The biggest challenge is that homes are not built for defense and protection. Homes today are built cheap, fast and energy-efficient. Your home might be your castle but paper-thin doors, vinyl windows, and wallboard construction aren’t designed to protect you against any but the most minor threats.

You can’t get ballistic protection with window film on your existing home windows. That bears repeating, you cannot get bullet-resistant windows on the windows you currently have in your home.

The glass is too thin. It’s as simple as that.

This doesn’t mean you can’t get bulletproof windows, it just means it will take more than an applying a security window film to your current windows. You need to look at installing thicker glass, more robust framing and consider the trade-offs.

The pro’s of the C-Bond BRS Ballistic Resistant Film System are:

1. Effective and Proven bullet resistance to NIJ Level I, II or IIA
2. It’s affordable. It generally costs less than similar protection levels using different technologies
3. You have one-way ballistic protection. You can shoot out.

1. You will have to replace the glass and probably the window frames because the existing frames are probably not robust enough.
2. Visibility will be degraded because the system requires three layers of very thick window film. There will always be some debris and visual distortion present.
3. You won’t be able to open your windows.

When you’re ready to learn more about how you can protect your home from bullets, break-ins and bad guys we’d like to help. We have a variety of technologies available to help you meet any threat within your budget. We offer free consultations and assessments. You can reach out to us here or simply give us a call at 214-347-4363

Metro Tint – Let us be your home window security partner.