Can Security Window Film Help You Survive the Zombie Apocalypse?

Zombie apocalypse, probably…okay, won’t…happen. That doesn’t stop a lot of people from thinking about what they would do if it did. And in the spirit of Halloween let’s go ahead and do that now.

If you, like me, watch a lot of zombie movies you know how important it is to keep them out of wherever you are. The basics – Lock the doors, board up and barricade the windows, make sure they can’t get in through any unknown openings in the basement.

In the movies and TV shows, like The Walking Dead, a typical scenario shows a mass of zombies pressing up against a locked glass door or window. Suspense builds as the glass starts cracking…will it hold long enough? Can our intrepid heroes figure out how to get out of this predicament?

If you’re a window film guy like me you end up screaming things at the TV like, “Should’ve had window film on that door!” or “See, that’s why you need an attachment system”.

Do you know what I’d like to see? An episode where the glass breaks and, lo and behold, there’s a properly anchored security window film system that keeps the flesh-eating buggers out for a good while longer.

That’s what you call good prior planning or smart product placement. Hmmm, there’s an idea. 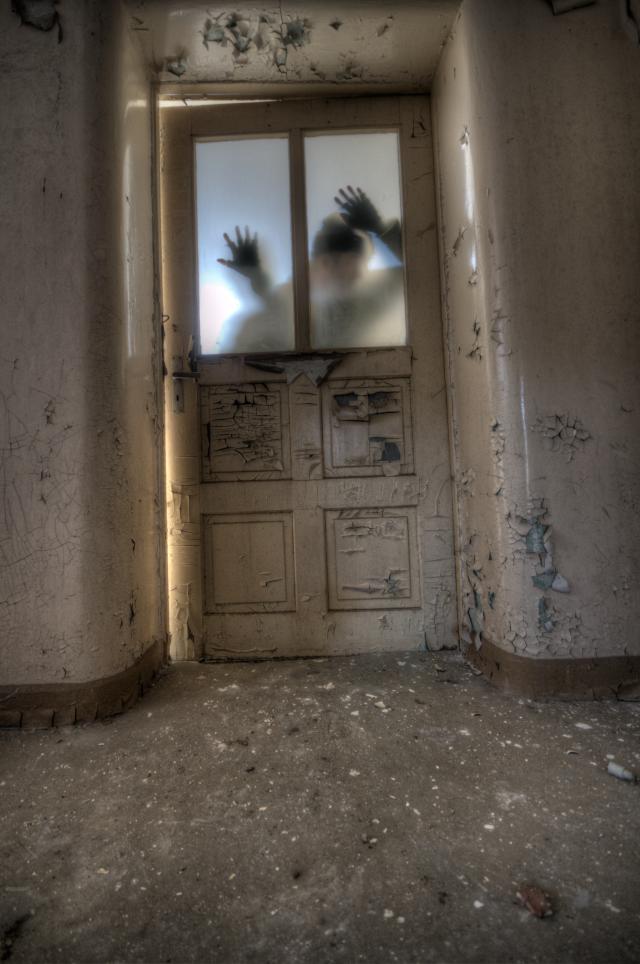 Seems pretty easy to keep ’em out, especially if they’re slow zombies. So, how do you think you’d do?

As luck would have it the zombie apocalypse has been “war-gamed” by a group of scholars at the University of Leicester using a computer model known as SIR (Susceptible, Infected and Recovered/Removed) designed to model the spread of infectious diseases through a population.

The results weren’t too encouraging. In the version, which gave a 90% probability you’d be infected if you met a zombie, there were only 181 survivors 100 days after the outbreak. Not good, and I’m assuming these were slow zombies.

In the second model, which added geographical boundaries like oceans, mountains, and rivers that might slow the zombie advance, things didn’t fare much better. After 100 days there were only 273 uninfected people left.

Finally the third model, which added more realism by giving people a chance to fight back, (although only a 10% chance of winning the fight, a figure I question), lowered the probability of people being infected over time (they get better at avoiding the flesh-eaters) and assumed babies would be born.

This scenario left 200 million people alive after 100 days. Still a massive die-off from the current population of roughly 8 billion but far better than the other two outcomes.

You can read a more in-depth analysis of the study here – Surviving the zombie apocalypse.

Will Security Window Film helps you Survive the Zombie Apocalypse?

So would security film change the outcome appreciatively? After all, a proper security film system – security film plus an appropriate anchoring system – holds broken glass together in the frame to keep out bad guys. It doesn’t matter if it’s a burglar, active shooter or one of the walking dead. 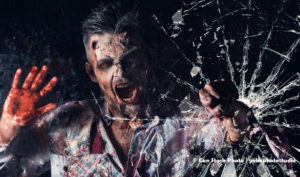 I like to think it would because keeping out zombies, just like keeping out the real bad guys and thugs, keeps you, your business and your family safe.

To learn more about how security window film can help protect you, your loved ones and the things important to you contact Metro Tint at 214-347-4363 or click the link below.

I want to learn more about Security Film

Your authorized 3M Prestige Dealer for Dallas, Irving and all of North Texas.